From WAMU: A Controversial Solution To D.C.’s Housing Crisis: Help The Middle Class, by  Ally Schweitzer

“As the District of Columbia and its suburbs grapple with a shortage of housing — particularly affordable homes — a new and controversial strategy has gained support among elected officials, the nonprofit sector and developers alike.

The idea? Invest in housing for the middle class.

…Why has the mayor’s proposed workforce housing fund sparked controversy?

Mainly because there’s deep skepticism that middle-income people should be a priority when D.C. residents on the bottom of the economic ladder are much worse off. 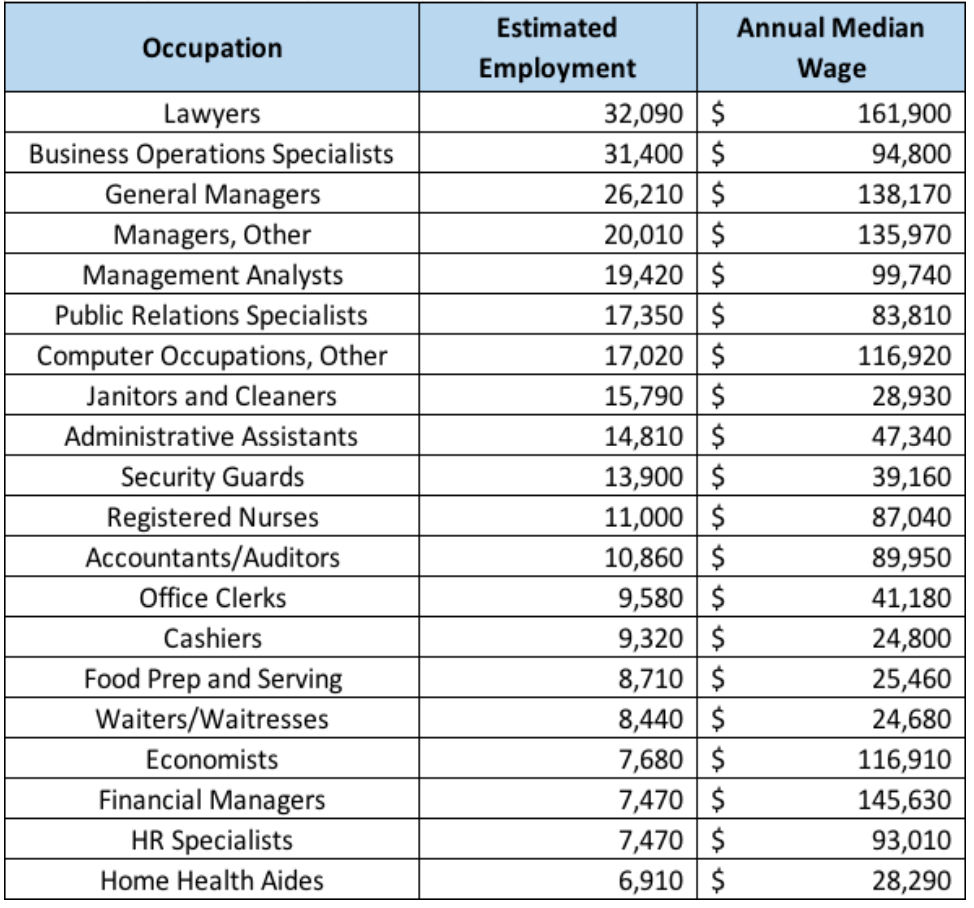 The top 20 occupations in D.C. by employment totals, 2017. (Includes D.C. residents and commuters.) From a Coalition for Smarter Growth analysis of Bureau of Labor Statistics data.

First, the Coalition for Smarter Growth has criticized the city’s definition of “workforce,” saying it’s out of step with reality. According to a report published by the urbanist think tank, eight out of the city’s top 20 professions pay an annual median wage of less than $49,000, or 60 percent of AMI. For example, nearly 16,000 city workers are employed as janitors or cleaners — jobs that pay an annual median wage of $29,000, per CSG’s analysis. Meanwhile, teachers, social workers, and first responders don’t crack the top 20.”